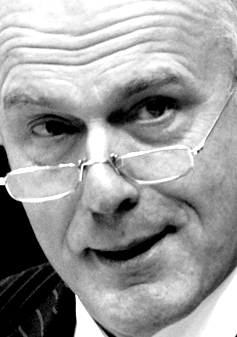 The first relates to the $100 million Community Sport Infrastructure program, which the government is accused of funnelling to electorates it wanted to win in the 2019 election.

Prime Minister Scott Morrison and other key Coalition figures have repeatedly asserted that all the projects it funded were ‘eligible’ under the terms of the grant scheme.

Mr Morrison has backed the eligibility of the projects at the National Press Club and in Parliament.

He probably did not expect the answer he received.

“I seek to clarify, you did find that no ineligible project or application was funded?” Senator Abetz asked.

Mr Boyd revealed that 43 per cent of the projects funded were in fact considered ‘ineligible’.

“The guidelines' eligibility requirements don't end just when you've lodged your application, and this is common across many grant programs,” Mr Boyd said.

“If you've completed your work, or in some cases — as in this one — you've even started your work before a funding agreement is signed, you're not eligible to receive funding.”

More details were revealed about the damning colour-coded spreadsheets - which identified projects by the political leaning of the electorates they were based in - showing Mr Morrison's office was more heavily involved than it has admitted to date.

“Suggestions directly about these ones, rather than those ones,” Mr Boyd said.

“[For example], ‘These are the ones we think should be included in the list of approved projects’.

“Or passing on lists of applications, as to whether they could be included and those to be approved.

“There isn't a single spreadsheet, there's dozens of versions of a spreadsheet.

“And for each round [of the program] there were various iterations indicating on different days — and sometimes different hours of the day — which are the projects which the minister's office were indicating were going be approved for funding,” he said.

Additionally, the Labor party has accessed an LNP brief through freedom of information laws which shows that just a fraction of a separate $150 million sports fund was spent in rural areas.

The $150 million Female Facilities and Water Safety Stream Program, announced by the Coalition less than two months before the election, was intended to pay for female change rooms and swimming pool upgrades.

The scheme was included under the government’s regional development funding stream, but the documents (PDF) show Liberal-held, metro seats received nearly $110 million of the total four-year fund. Also, rather than money being rolled out over four years, all of the funds were allocated in the 2019 election campaign.

The key marginal seats of Pearce and Corangamite were granted almost 40 per cent of the total funding pool.

Nationals leader and deputy prime minister Michael McCormack has defended the government’s apparent lack of interest in the majority of rural electorates.

“Well, regional Australia doesn’t miss out under the Nationals being in government,” Mr McCormack told the ABC.

“Over a spread, you will see that regional Australia and metropolitan Australia all received fair and equitable funding when it comes to providing it,” he said.

He said regional Australia would get its share “in future rounds”, despite the full $150 million fund already being allocated.