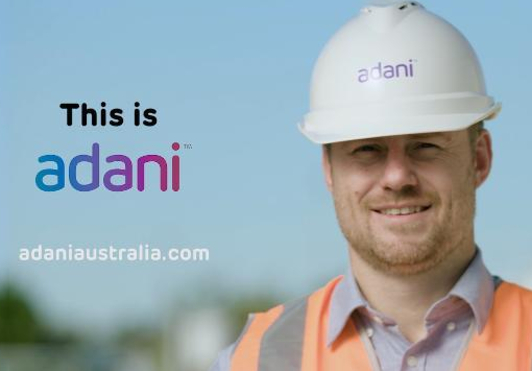 Adani has launched a massive Australian ad campaign that does not mention coal.

A four-month “This is Adani” public relations drive including primetime national TV slots and multi-page liftouts in Fairfax’s Sydney and Melbourne newspapers has begun.

It highlights the jobs Adani is promising to bring to Australia, as well as rail sleeper and steel orders for its planned mine, but makes no mention of what it actually intends to mine - coal.

Muthuraj Guruswamy - Adani’s general manager of corporate affairs in Australia, said he was confused by the amount of controversy that Adani’s coal ambitions had generated in Australia.

He speculates it could be due to prejudice against an Indian company in Australia.

“As a guy coming in as an Indian-born, naturalised Australian for the last 24 years, I’ve gone through certain jobs and other areas [where] I felt sometimes like; ‘Man, is it because I’ve an Indian background I’m not moving forward in my life?’,” he said.

“I thought [critics] were talking about coal and climate change [but] you’ve got Newcastle coal, you got some expansion of mines in the Surat Basin and the Bowen Basin, which are giving thermal coal and all of a sudden it’s all okay.

“And I’m thinking, hang on, is it because it’s an Indian company?”

He said Adani’s campaign would “say to the world” that finance would be settle and jobs were on the way.

Mr Guruswamy said he hoped politicians across the spectrum who “support us openly and take all the hits from their constituencies – or the GetUps or the ABCs or the Guardians of the world - would have done some due diligence” on Adani.

He said Adani actually considered its solar projects in Queensland a riskier investment than the planned $2 billion railway to open up the Galilee basin coalfields.

The company’s its five-year pipeline of 1500MW in solar projects across Queensland was “more risk [financially] than putting in 388km of railway line” for a coal mine, Mr Guruswamy said.