All interest and no action as farm fight looms 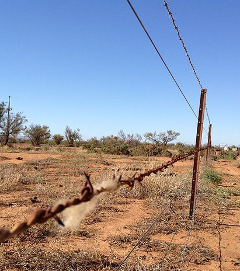 The National Farmers’ Federation says it wants consumers to pay the right price, but does not want government to decide what that might be.

A growing price war on groceries between major supermarkets has prompted calls for a way to control the price at the farm gate - there has been some suggestion that it will be considered in an upcoming review of competition law, launched by Small Business Minister Bruce Billson.

Australian Competition and Consumer Commission (ACCC) chairman Rod Sims has welcomed the dropping grocery prices, saying it benefits consumers. Mr Sims also says selling for less than the cost of production is not a bad thing either, as long as contracts are honoured.

“While cheaper prices for consumers are important when mums and dads are balancing their budgets, I'm sure they'd all like to see that they can continue to buy Australian food into the future,” says Matt Linnegar, chief executive of the National Farmers' Federation.

“And if that's to be the case, then we need to have a system in place to make sure that both farmers and food processors can survive as well.”

“When it comes to the powers of the ACCC, and whether it's the ACCC or some other body or ombudsman, what we need to ensure is that the activities of those in the supply chain are going to have a detrimental impact on others in the supply chain, that needs to be addressed in some way,” Mr Linnegar said.

Small Business Minister Bruce Billson says the ability of supermarkets to have deep impacts on a broad range of industries means they are constantly under scrutiny, and that existing laws help prevent rampant discounting.

“They're areas of interest and ongoing concern, and the ACCC will be watching the behaviour of the supermarkets accordingly,” Mr Billson says.

“But that's one of the reasons we've set up the root and branch review [of competition law], to take a look at these issues.

“There are constraints on the extent of, and the way, discounting can be implemented, that guard against predatory pricing where discounting is used to wipe out competitors,” he said.

Tasmanian Greens Senator Peter Whish-Wilson says there are other ways to fight costs, such as convincing consumers that there are good reasons to pay more.

“The only way to address that is with more information and better labelling laws. This doesn't just relate to rewarding farmers for the time and effort they put into environmental compliance, it has to be reflected in the branding of their products,” he said.

“This is very important to differentiate Australian produce to imports coming in from overseas from countries that have very different environmental rules and regulations.”