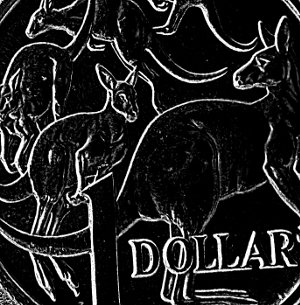 ANZ Bank has created a stablecoin pegged to the Australian dollar.

The bank is the first in Australia to mint a digital asset linked to the value of the Australia dollar. It is also one of the first banks in the world to use a stablecoin in a real transaction.

A stablecoin is a digital asset whose value is linked to another asset, in this case the Australian dollar.

They are designed to allow easier access to other cryptocurrencies, and be traded in decentralised finance systems. It means transactions with blockchain-based currencies can be settled in near real-time.

In a pilot transaction of the ANZ coin, an Australian investment fund was able to send $30 million to a digital asset fund manager within 10 minutes - much quicker than the several days it would take using existing systems. The fund was also able to avoid the costly conversion of Australian dollars into US dollars before buying a US-dollar stablecoin known as USD Coin (USDC).

ANZ’s coin - which is called A$DC (pronounced “A dollar DC”) - should enable users to buy crypto assets, like bitcoin or ethereum’s ETH, directly at lower cost.

Several private Australian dollar stablecoins have been created, including the Australian Dollar Token (AUDT); TrueAUD, created by US company TrustToken; and XAUD.

ANZ says Australian dollar cash will be held $1 for $1 in a trust to fully back the A$DC.

“We anticipate the digital asset economy will accelerate and a foundational element will be a digital Aussie dollar,” said ANZ banking services lead Nigel Dobson.

“Our customers want to buy digital assets and seeing a digital Australian dollar minted by a large ADI [authorised deposit-taking institution] like ANZ will make them confident they can transact with us, and use the coin domestically. This means they don’t have to flip in and out of US dollar coins, taking exchange risk in an elongated process.”

The bank is reportedly working with several advisers to create consumer protections, and helping regulators including APRA and AUSTRAC to understand the offering.

Its pilot transaction took place on the ethereum blockchain, but the bank is preparing for A$DC to work on alternative blockchains, including Hedera.

ANZ also says the coin will eventually help facilitate settlement of mortgages, allowing payments and the exchange of title to occur simultaneously.