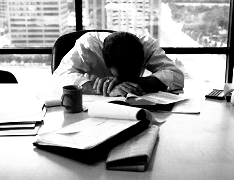 The ATO has ditched a plan to reveal the bottom 10 per cent of its employees.

Australian Taxation Office's tech division was considering publishing a list of “worst-performing” employees in a bid to improve their work.

Leaders of the ATO’s Enterprise Solutions and Technology group in November asked senior managers to identify their bottom 10 per cent performers, but the plan to put that list out has been killed off.

The rapid reversal reportedly came after the Australian Services Union (ASU) warned it would breach the ATO’s enterprise agreement.

“The ATO does not have under-performance targets for its workforce,” an agency spokesperson said.

“It is entirely appropriate for business areas to consider a range of possibilities for future workforce planning scenarios.”

After the ASU raised its concerns, the ATO’s second commissioner and chief information officer Ramez Katf emailed EST staff, saying performance should be managed individually, not through “broad and collective templates and discussions”.

The ASU’s Jeff Lapidos said the ATO’s enterprise agreement requires it to manage staff performance at an individual level.

Mr Lapidos said there were no details on how the plan would have identified the “under performers”, and could have found that the “bottom” 10 per cent of staff were actually meeting their performance expectations.

“There was no real guidance as to how it would've worked. They were told; ‘Just do it’,” Mr Lapidos told Fairfax.

“It's easier when you've got a whole bunch of people doing standardised jobs, but EST is actually a big chunk of the workforce these days, and it's central to how the ATO increases its productivity and effectiveness.”

The ATO says it measures employee performance against agreed individual work and development goals as well as performance expectations, and would support any staff found to be needing improvement.