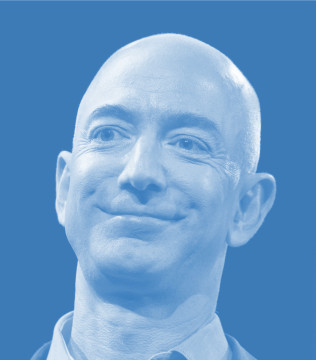 Stock in the e-commerce company hit an all-time high on Thursday, but by Friday morning, Microsoft founder Bill Gates had reclaimed the lead.

Mr Bezos owns about 80 million shares, or 17 per cent, of Amazon. His shares were valued at more than $US90 billion during the brief peak.

Mr Bezos' net worth was about $US90.6 billion when the market opened on Thursday, while Mr Gates had just $US90.1 billion.

But Mr Gates would still be the undisputed leader if he did not keeping giving away billions of dollars away to philanthropic causes.

Amazon shares fell in after-markets trading as the company reported net income of $US197 million, or 40 cents per share, in the second quarter, down from $US857 million, or $US1.78 per share, a year ago.