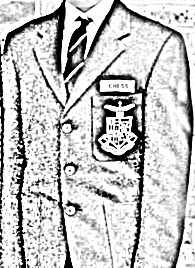 A new study says private school might not be so beneficial.

Research shows that for employment after university, it does not matter whether a person went to public or private school.

Two recent studies from the University of Canberra together break down some of the prestige around private education.

A paper by University of Canberra research fellow Jennifer Chesters shows that employment success after university of private-school students is no better than for students from government schools with similar results.

Fellow researcher Barbara Preston has conducted a study which revealed that at university, students who came from government high schools out-performed students from private schools with similar tertiary entry scores.

Together, the papers paint the picture that a private-school education may help with university selection, but does not help once a student is actually there. Despite the rhetoric created to suggest private school is the first step toward a path of lifelong opportunity, the data shows that it is of virtually no help by the time a former student tries to enter the workforce.

“I examined the earnings of those employed full-time according to type of school attended, controlling for the effects of sex, age and level of education,” Chesters wrote.

“When it comes to weekly earnings, having attended a private school rather than a government school has no effect. So there would seem to be no return on the parents’ investment in terms of the earnings of their offspring.”

The data was sourced from figures gathered in the Melbourne Institute’s Household Income and Labour Dynamics in Australia reporting.

In Preston’s study, she cited a list of Australian and British studies which all drew the same conclusion: private-school education is useful for getting into university, but is not a guarantee for good university results.

In fact, the British research showed the drop off in university attainment for private-school students was actually more pronounced as the level of their secondary attainment rose.

But, insiders say such studies will not sway the legions of parents driving themselves near destitute to get their kids into exclusive schools – in much the same way people will continue to buy bottled water for its status and prestige over perfectly safe and life-giving public water supplies.