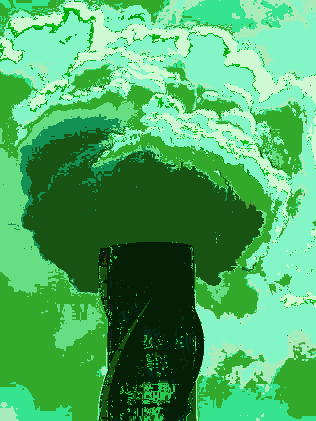 The CCA’s new report on Australia's future emissions targets includes a call for a 30 per cent cut by 2025, based on greenhouse gas levels from 2000.

The authority says the emissions target should be based on broad national interests, and not be weakened to protect certain businesses.

“Feedback from the discussions on the benefits and costs of the Authority's recommended targets tended to reflect the perceived implications of the targets for the balance sheets of particular stakeholders,” the report said.

“Industry groups were obviously concerned that Australia's targets should not create heavy cost burdens for Australian businesses, or undermine their international competitiveness.”

The CCA said businesses providing submissions had observed that “Australia's future, including its economy, was about much more than mining, with some emphasising avoidance of the harmful consequences of dangerous climate change”

It found that emissions-intensive and trade-exposed sectors “make up rather less than 10 per cent of the whole economy”.

The report states that if Australia meets a 30 per cent emissions target, it would still have a more emissions-intensive economy than any major developed country expect Canada.

Greens leader Richard Di Natale said the target is within reach, but doubts the Government will adopt it.

“I'm calling on the Abbott Government to back those targets but if recent history is anything to go by, it'll continue with its head in the sand, backward looking isolationist approach to climate change,” he told the ABC.