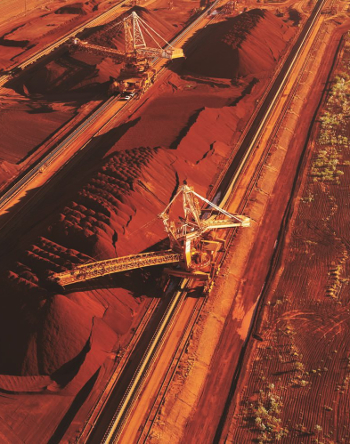 The iron price has dropped again, and Andrew Forrest is having trouble finding friends to fix it.

Iron ore for immediate delivery to the port of Tianjin in China traded at $US52.90 a tonne on Tuesday, down 2.2 per cent from its prior close.

The downturn has been pinned primarily to a slowing of Chinese construction activity.

China’s Metallurgical Industry Planning and Research Institute has recently stated that annual steel production in China peaked at 823 million tonnes last year, and will be as low as 567 million tonnes by 2030.

Analysts suggest iron ore supply will exceed demand during that time, creating pessimism about its value bouncing back.

Andrew Forrest recently made a well-publicised call for iron ore producers to buddy-up and weather the storm.

Essentially, he proposed a production-capping cartel be set up.

Some of the more friendly analysts say Mr Forrest’s borderline illegal call only shows his fear of the ever-decreasing iron price.

Just a few weeks age Fortescue said its break-even price on iron production was about $US52 a tonne.

If that claim was correct, the iron giant’s production ledger will be very close to the red.