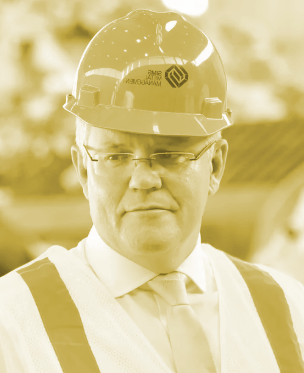 Several weeks after it was announced, the Federal Government still does not have agreement for its $25,000 HomeBuilder subsidy scheme.

Treasury figures suggest over 35,000 expressions of interest have been lodged since the scheme was announced in June.

It involves an income test for singles (up to $125,000) or $200,000 for a couple, ensuring new property being purchased under the HomeBuilder scheme is within the cap of $750,000 and that a cap on the cost of renovations is maintained.

However, state agencies are in charge of delivering the scheme, and must assess the applications to ensure they are within the scheme rules.

Some states are yet to sign the national partnership agreement with the federal government.

Victoria is reportedly close to signing, but New South Wales and Queensland are concerned about the administrative burden they will have to take on alongside state COVID-19 recovery schemes, bushfire recovery schemes and first homeowner grants.

“Like New South Wales, Queensland is working closely with the federal government to finalise implementation measures for the homebuilder scheme,” a spokesperson for the Queensland treasurer said this week.

“We hope to resolve the outstanding issues in coming days.”

They will have to move quickly to catch a falling market, with the Master Builders Association warning the government that the industry is heading for a 30 to 40 per cent slump in coming months.

Federal minister for housing and assistant treasurer, Michael Sukkar, says the HomeBuilder scheme will be a major economic stimulus.

“Homebuilder is proving to be the catalyst for first homebuyers and families to purchase a new home, or undertake a major rebuild, that they may have put off earlier in the year,” he said.

“The consistent feedback we are receiving from builders is that their phones are ringing off the hook, which will keep the pipeline of work flowing in the second half of 2020 and keep tradies in jobs.”

The scheme has been criticised for providing assistance only to a narrow band of relatively well-off applicants.

Dave Noonan, national secretary of the construction section of the CFMEU, wants federal and state governments to boost affordable and social housing.

“There’s a crying need for affordable and social housing. Some states have really underfunded social housing and so we think it’s timely to take that problem and the problem of homelessness,” he said.