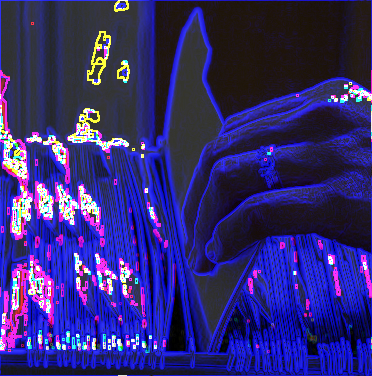 Leaked documents have revealed the offshore banking affairs of billionaires and world leaders.

The International Consortium of Journalists (ICIJ) has released the Pandora Papers, the largest leak of documents ever.

The files include details on the inner workings of 14 of the largest international firms, which administer nominee companies in low-tax jurisdictions for wealthy clients.

Analysts and journalists have been looking through the files for over 18 months, ever since an anonymous source began sending huge quantities of documents to the Washington-based ICIJ in 2019.

The project has been described as the biggest journalism partnership in history. New details and stories will be leaked on an almost daily basis as the full scale of the operation is revealed.

“In an era of widening authoritarianism and inequality, the Pandora Papers investigation provides an unequaled perspective on how money and power operate in the 21st century – and how the rule of law has been bent and broken around the world by a system of financial secrecy enabled by the US and other wealthy nations,” the ICIJ says.

The leak exposes the extensive use of tax havens and the involvement of international governments in keeping the elite system going.

The documents show that the offshore tax system is no longer running only in far-flung clusters of tropical islands.

The offshore money machine is now operating across the planet, including in the world’s largest  democracies. Key players in the system include elite institutions; banks, law firms and accounting practices, headquartered in the US and Europe.

Even the US state of South Dakota has become a tax haven, now home to over $100 billion in assets.

For just a few thousand US dollars, offshore providers have been helping wealthy clients set up companies whose real owners remain hidden. They can also create a trust that allows its beneficiaries to control their money while making it seem like it is at arm’s length.

Local analysts have already identified 402 Australian names in the leak, though many more are expected to be involved.

The Australian Taxation Office (ATO) says it will be analysing the information to identify any Australian links.

Many of the Australians named in the Pandora Papers are clients of finance firm Asiaciti, which runs trust operations in Singapore, Samoa, the Cook Islands and New Zealand.

The Pandora Papers leak is even greater in size and depth than the Panama Papers. In fact, the latest leak shows many former Mossack Fonseca clients from the Panama Papers moving their accounts after that previous leak.

The ICIJ has been drip-feeding coverage of individual aspects of the massive data dump through its Twitter account.

Further articles in the Pandora series are expected to reveal a range of technology and design entrepreneurs and mining executives who feature in the files.