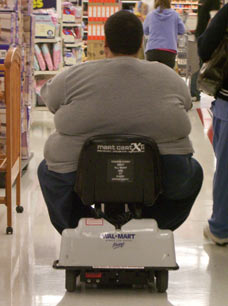 Research shows that in 2013, physical inactivity cost the world about $75.6 billion in healthcare expenditure and lost productivity.

The study is the first to reveal the enormous economic burden of an increasingly sedentary world.

Based on data from 142 countries, representing 93.2 per cent of the world’s population, the researchers conservatively estimated that in 2013 the effect of physical inactivity on these diseases and all-cause mortality cost the world economy more than AU$75.6 billion at the time.

“Physical inactivity is recognised as a global pandemic that not only leads to diseases and early deaths, but imposes a major burden to the economy,” said lead author Dr Melody Ding from the University of Sydney.

“Based on our data, physical inactivity costs the global economy [AU$75.6 billion] in 2013, with Australia footing a bill of more than AU$805 million.

“At a global and individual country level these figures are likely to be an underestimate of the real cost, because of the conservative methodologies used by the team and lack of data in many countries.”

The researchers tallied the total cost of inactivity in Australia as follows:

“Generally, poorer countries don’t have their health needs met due to less developed health and economic systems. Ultimately, poor households pay the most in terms of premature death and disease, showing inequalities. As these countries develop economically, so too will the consequent economic burden, if the pandemic of physical inactivity spreads as expected.

“Globally, the economic burden of physical inactivity is projected to increase, particularly in low and middle-income countries, if no action is taken to improve population levels of physical activity.

“It’s also important to consider where the economic burden falls, including on the public sector, private sector, and out-of-pocket household expenditures.

“This study provides a better understanding of the true burden of the pandemic of physical inactivity, and provides useful information for policy making, funding allocation and benchmarking in global prevention of non-communicable diseases,” she said.

“Increasing physical activity levels in communities is an important investment that governments should consider which could lead to savings in healthcare costs and more productivity in the labour market.”