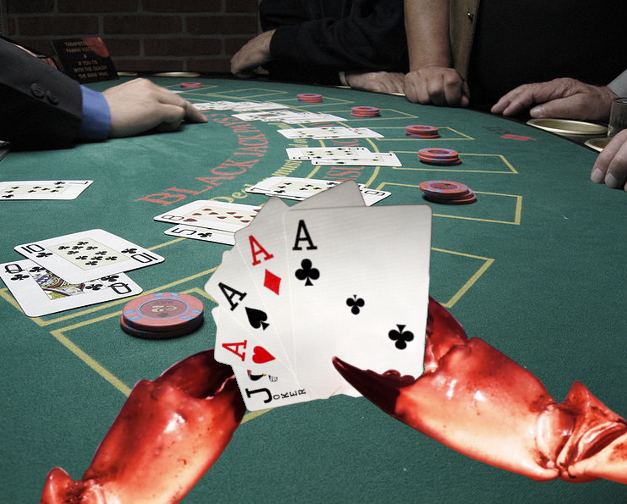 Re-awakening a dormant casino could be a big win for an isolated outpost, according to a report on boosting regional economies.

A new report from the Commonwealth parliamentary committee for northern development has backed a plan to re-open the Christmas Island casino.

Now best known for its detention centre, phosphate mine and red crab migration, Christmas Island once featured one of the most profitable casinos in Australia.

High-rollers from Indonesia’s wealthy elite flocked to the Christmas Island casino in the nineteen-nineties, but the Asian financial crisis in 1998 forced it to fold.

Christmas Island was perfectly placed to catch the spill over of Indonesia’s elite gamblers, at a time when that nation’s casinos were being shut down.

But bets should be back on if the Christmas Island community wants to take hold of the future, the Government has found.

“The committee recommends that the Australian Government commit to facilitating the approval process to enable the reopening of the Christmas Island casino,” the report states.

“Neither mining nor immigration-related activities will sustain the island's economy indefinitely, and the casino has the potential to play a major role in transitioning the Christmas Island economy away from its traditional mainstays.

“While phosphate mining will continue for the next 20 years there is a need to diversify the economy as the detention centre activity declines.”

The casino/resort is currently occupied by several hundred public servants and contractors for the Australian Government’s detention centre on the other side of the island.

But its owners, Soft Star, say it could be turned back into a casino at “relatively short notice”.

“In recent times some $15 million has been spent refurbishing the resort,” Soft Star’s managing director David Kwon wrote in the company’s two-page submission.

“During its previous operation between 1993 and 1998 the resort complex employed some 396 staff, of whom about one third were permanent residents of the island.

“I am advised that appropriate measures can be implemented by the Border Protection authorities and the Australian Federal Police to meet the highest standards of transparency and accountability in terms of the re-instatement of the casino operation.

“This proposal has received the support of the Christmas Island Council, local members of Parliament and the local community.”

There is strong support among the island community, some authorities say.

They have rubbished claims that the casino would bring a negative social impact to the Island, in fact Parliamentary reviews have highlighted negative impacts from its closure as a reason to open the doors once more.

Sociologists argue that attracting Asian high-rollers has been the goal of almost every new casino in Australian history, and virtually all have ended up relying on the dollar-by-dollar feeds of local pokies addicts.