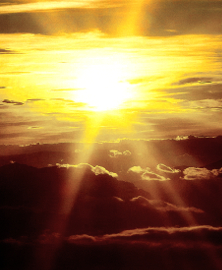 The major mining lobby has backed a giant solar farm in the NT.

Sun Cable has announced plans to build the world’s largest solar farm, covering 15,000 hectares with 22 million solar panels, and a powerline all the way to Singapore.

“Last year we gave it major-project status. This is nation-leading and world-leading and will see 300 permanent jobs in Tennant Creek,” he told a business breakfast in Darwin this week.

“We are aggressively pursuing renewables. It is how you tackle climate change and create jobs.”

“The Territory has the best sun in the world.”

The majority of solar panels are made in Asia, but the Minerals Council says with such a giant order, they should instead be made in Australia using raw materials from the NT.

Sun Cable's CEO, David Griffin, says the solar panel supply chain for the project is not yet decided.

“There are currently several competitive sources of solar panels from Asia [and], given the scale of the project, it is possible the panels will be derived from more than one source,” he said.

“As Drew Wagner noted, there is currently no material volume of solar panel manufacturing in Australia.

Mr Griffin said his company has selected the Maverick system as Sun Cable's preferred technology for its project in the Barkly, which is developed by an Australian company called 5B Pty Ltd.

“Sun Cable is developing the manufacturing plan for the Big Field Mavericks. Darwin is the obvious location to undertake this work,” he said.

If all goes according to plan, construction of Sun Cable's solar farm in the Barkly should commence at the end of 2023.