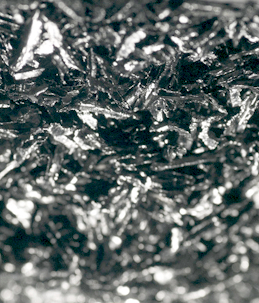 Insiders say big profits in the resource market this year will come from materials used in high-tech energy storage and other futuristic technologies.

The price of lithium has been boosted by growing global demand, allowing Lithium Australia complete a $6.55 million share placement last week, one of the few highlights of one of the worst weeks in trading history.

The boost came alongside major price drops in some of Australia’s biggest bulk mineral commodities including coal and iron ore.

Lithium Australia managing director Adrian Griffin says the shifting market is a sign of “a paradigm shift in the way people think about power”.

“That means renewables and it means a move to portable power, and it doesn't matter if it's your laptop, your mobile phone, your car, or even your city,” Griffin told the ABC.

“The types of power being generated in the future are going to require storage and lithium gives you the ability to store that power.”

Lithium is traded in carbonate and hydroxide forms, both of which had a very significant price rise late in 2015.

The push for free energy and mega-batteries also means good things for graphite.

Local firm Archer Exploration is moving ahead on what it says is a bankable deposit of graphite at its Caroona deposit in South Australia .

The company has worked with the University of Adelaide to learn how graphite from Caroona can be used to produce graphene.

“That would primarily be used in things like lithium-ion batteries, high quality lubricants, high quality super capacitors, photovoltaic cells, inks and other products.

“So whilst it's still very much in the research phase, it indicates there are enormous potential markets for graphene.