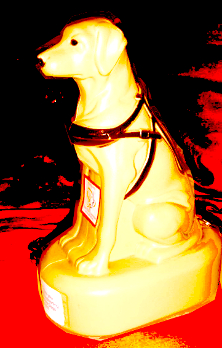 The Federal Government is toying with the idea of removing regulation for charities and not-for-profits, hoping to hold them accountable through guilt instead of law.

Social Services Minister Kevin Andrews says a voluntary system, similar to one in the US, would be a better way to manage companies that access tax concessions to promote education, end poverty and disadvantage or push religious views.

Mr Andrews says it can be done better with a website and a bit of shame.

The Social Services Minister made comments at an Australian Institute of Company Directors Lunch in Melbourne this week that Australia should follow the lead of the US website Charity Navigator. The site was set up by private interests to report on the activities of those outside regular tax requirements.

Charity Navigator compiles charity lists on topics such as ‘Highly Paid CEOs at Low-Rated Charities’ and ‘Inefficient Fundraisers’ to ensure the sector is using its privilege productively.

While Mr Andrews wants to follow the lead of the Charity Navigator, the website itself repeatedly states the need for government regulation of not-for-profits and charities

“We’ll abolish the Australian Charities and Not-for-Profit Commission which in the view of this Government imposes an unnecessary and ponderous compliance burden on the sector,” Andrews said in his speech.

“We want to transfer the focus from coercive compliance and regulation to collaborative education, training and development.”

He says a “centre of excellence” could be formed to regulate all forms of advocacy, including charities, clubs and all associations that focus on social welfare, arts, the environment, health, medical research, animal welfare and education.

“The Centre’s mandate will encompass both organisations that receive government funding and smaller local community groups that get little or no direct government support,” he said.

The Opposition, the Greens and several not-for-profit leaders say they want the ACNC to stay.

The ACNC has been operating for just over a year, after it was set up to achieve essentially the same things Mr Andrews wants to achieve by abolishing it.

“The sector supports an independent regulator as a one-stop shop to strengthen charities, grow their profile and reduce red tape over time. The ACNC is based on a robust Productivity Commission inquiry,” said Shadow Assistant Treasurer Dr Andrew Leigh.

“At the same time the Minister said he’ll listen to the sector... how patronising,” he said.

“The ACNC's purpose is to ensure more transparency and accountability of the Not for Profit sector and yet the Government is committed to abolishing it,” said Senator Rachel Siewert, Australian Greens spokesperson on families and community services.