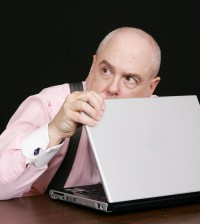 Microsoft has announced plans to shut down LinkedIn in China.

The company says it is facing a “significantly more challenging operating environment and greater compliance requirements in China”.

So, LinkedIn will be replaced with a new app called InJobs, featuring some of LinkedIn's career-networking services but “will not include a social feed or the ability to share posts or articles.

It comes after China's internet watchdog claimed LinkedIn - as well as Microsoft's Bing search engine and about 100 other apps - have been engaged in the improper collection and use of data.

LinkedIn has been the only social media network that connects Chinese and Western colleagues and allows them to communicate away from Chinese Communist Party censorship.

Microsoft has been criticised for not pulling out of the country entirely, rather than allowing itself to be censored.

Fellow tech giant Google pulled its search engine out of mainland China in 2010 in response to censorship of search results and videos on YouTube.