No money for old burners as ban lights up 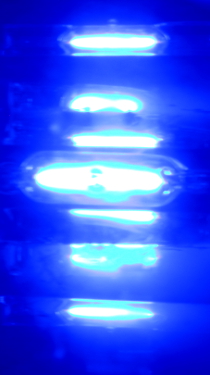 South Australian businesses operating commercial solariums will be the only ones not compensated by the state government when the ban on sun beds takes place.

New South Wales, Victoria, the ACT and Queensland are also getting rid of the dangerous and destructive machines, but their Governments have agreed to help out with a small buy-back payment.

Even though the buy-backs pale in comparison to the cost of the machines, the need to protect the public from a highly likely cause of skin cancer has trumped the costs worn by operators.

The ban will hit a little harder in South Australia however, with reports solariums owners will be soon be encumbered with an expensive and commercially useless device.

Mr Hunter says they have had two years to prepare for the ban, and many have not even taken on precautionary measures for sun bed melanoma safety.

“Some UV salons aren't even applying the current regulations and stopping people under 18 or people ... [who are] fare, or red-haired or freckled, from getting a tan,” Hunter said.

“We gave notice on around about October 2012 to the industry that this will be the way we'll handle it.

“We think we've given the industry ample time to adjust their business and we don't believe a compensation scheme's required.

“We're putting UV beds out of business not the industry itself, because the World Health Organisation says they're carcinogenic devices to humans.

“This is a public health measure to stop people getting melanomas. These beds put out UV radiation up to six times the output of the sun at midday. They're not safe and they need to be banned.”

“When it comes to sun beds, it does make perfect sense for them to be off the agenda in Australia in particular. We're the world champions when it comes to skin cancer,” he said.

Western Australia is considering a ban, but has not yet made a decision.

Some operators say their sun beds cost upwards of $25,000. In Queensland, the Government has offered to buy them for $5,000 before April this year and just $1,000 before December.

Victoria will pay owners $2,000 for their beds up to June and $1,000 to December, to buy the beds for destruction.

Details have not been released for compensation in NSW or the ACT, but reports indicate it is likely.

Research published in the British Medical Journal in 2012 stated the risk of melanoma increased by 20 per cent for people who use indoor tanning beds.