Northern gas rising, hopes held it will flow to regions 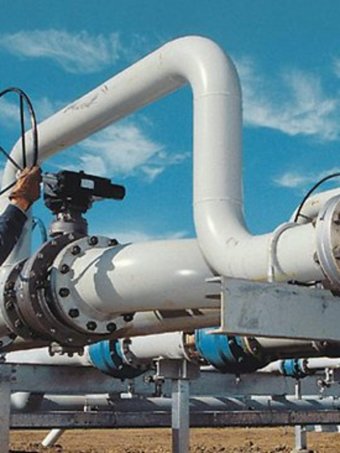 New estimates have shown the rise of gas as a major part of the Queensland economy, and regional bodies want to make sure they see a slice of profit.

With wells being dug across the state and major LNG export projects nearing completion, LNG will soon help double economic growth to an 11-year-high of six per cent, the Queensland Government says.

The gas sector is expected to boost petroleum royalties from under $70 million to over $500 million per year.

The Government recently revised-down its earlier projections, but still say LNG will bring in $600 million in royalties for the 2017-2018 financial year.

“It will improve the bottom line to government because of royalties,” he said.

But he questions how much future growth the State Government will actually see coming from LNG projects.

“I am dubious that it will help the Queensland economy to grow much faster than the long term trend,” he said.

Gladstone Mayor Gail Sellers told reporters that the increase is all well and good, as long as cities like her receive a suitably larger chunk from the Government's Royalties to Regions program.

Gladstone Regional Council was given $12.5 million dollars in recent funding for a massive road upgrade, but the Mayor says such benefits must be maintained in areas of high growth.