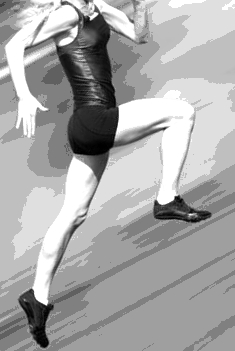 Queensland's corruption watchdog has warned of potential corruption risks in draft legislation for the 2032 Olympic Games.

The Queensland Crime and Corruption Commission (CCC) says there is a possible corruption risk in provisions to exempt elected officials from declaring conflicts of interest if they are also a director on the 2032 Olympic Games organising committee.

The provision is part of legislation introduced into parliament in late October to establish the organising committee for the 2032 Brisbane Olympic and Paralympic Games.

The committee is set to include five independent directors and the Brisbane Lord Mayor.

The Queensland Premier and the Prime Minister have the ability to nominate another four directors each, which could be MPs or government ministers.

The organising committee will also include Olympians and Paralympians, as well as representatives from national and internal Olympic bodies.

“The CCC has concerns with this aspect of the Bill as it presents corruption risks,” he said in a submission to a parliamentary committee reviewing the legislation.

“If a conflict arises between an elected office bearer's duties and their role as a director on the Corporation it should be declared and managed.

“Those considerations loom large for a body which is likely to be involved in the management of substantial public funds.

“Given the mixed public and private nature of the Corporation's functions, the CCC's view is that this should weigh in favour of more stringent, rather than less stringent, governance mechanisms.;’
The Queensland Department of the Premier and Cabinet responded to the CCC’s concerns, saying the provisions are necessary for elected representatives to more fully participate in board discussions and decisions.

“The Lord Mayor and any appointee to the board who is an elected representative, such as a minister, could have competing interests by virtue of their public duties or role within government,” the response said.

“However, there is a broad alignment of interests between the Corporation and Games partners for the successful delivery of the Games, which ameliorates the potential for conflicts to arise.

“Further, any conflicts of interest would be managed consistent with existing governance arrangements.”

Mr MacSporran also raised “serious concerns” that the legislation could allow the exemption of members of federal parliament who are also directors on the Olympic committee from Queensland's Crime and Corruption Act (CC Act).

“First, there is no reason stated, and none which is apparent, which would justify exempting members of the Commonwealth parliament from the operation of the CC Act in relation to the functioning of the Corporation,” he said.

“Second, the drafting of the proposed exemption is, in any event, overly broad and as a result may give rise to unintended consequences.

“There is no principled reason why Commonwealth parliamentarians should be exempted from this accountability regime.

“It would be perverse if all other directors of the Corporation were within the CCC's jurisdiction, but directors who were members of the Commonwealth parliament were not.

“That is particularly so given the absence of an equivalent Commonwealth integrity body with jurisdiction over members of the Commonwealth parliament.”

The Department of the Premier and Cabinet says that provision is being changed.