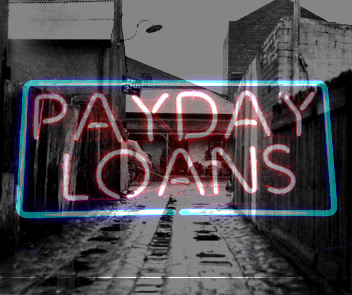 Researchers from the University of Melbourne analysed the locations of 123 payday lending stores and found they were way over-represented in areas of socio-economic disadvantage.

The research was led by Professor Ian Ramsay from the University's Melbourne Law School.

“Our study confirms that payday lenders are more likely to base stores in socio-economically disadvantaged areas, providing easy access to low-paid and struggling consumers.”

Professor Ramsay warns that payday loans can entrench existing poverty, through the use of high interest rates and by people taking out loans to meet basic living expenses.

The use of direct debit from bank accounts — which can prioritise the repayment of the payday loan over other expenses — is also an issue.

Payday lending is big business in Australia with lending estimated to be up to $1 billion a year and hundreds of thousands of consumers using payday loans.

Other research indicates typical payday borrowers already suffer from ‘financial exclusion’ – that is, they lack access to appropriate and affordable financial services and products. They are often on low incomes or dependent on welfare payments.

“This research rebuts the repeated claims of payday lenders that their borrowers are not financially vulnerable,” Professor Ramsay said.

“Clearly more needs to be done to promote financial inclusion, including alternatives to payday loans that entrench disadvantage.”