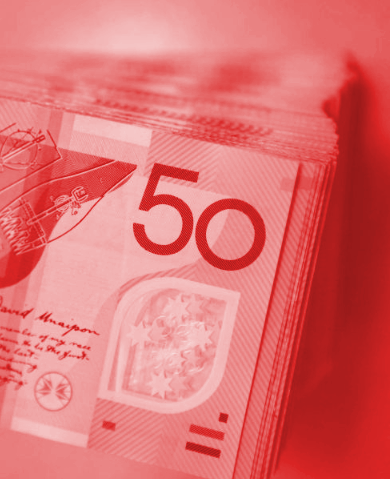 The Reserve Bank has responded to conspiratorial concerns about its proposed cash ban.

A bill has been put forth that seeks to ban cash payments of over $10,000 and impose two-year jail sentences for people using cash for purchases above that limit.

The proposed cash ban bill has passed the Lower House, and would have come into effect on January 1, but has now been referred to a Senate inquiry.

Many are outraged by what they see as the Government interfering with the legal right to spend cash freely.

There is also a belief that the bill gives authorities greater control over people's behaviour during recessions.

The Federal Government says the measure is intended to fight the black economy, stamp out tax evasion, money laundering and other crimes.

Independent MP Andrew Wilkie claims he does not support the bill, relaying people’s concerns that it was “designed to push people into the clutches of the banks”.

Reserve Bank head of payment policy Tony Richards says the cash ban is not “a precursor to the imposition of negative interest rates and the Government deciding to withdraw cash from circulation”.

“With respect, I think some of those concerns that you've alluded to are a little far-fetched,” Dr Richards told the Senate inquiry hearings last month.

He said “there are almost no examples of negative interest rates for household deposits in those few countries that have had negative policy rates”.

The Washington-based International Monetary Fund (IMF) has issued statements about the benefits of a world without cash.

Dr Richards rejected assertions that the cash ban could give banks more control and allow them to increase fees on consumers.

“The bigger picture is that payments are already flowing to the banks,” Dr Richards said.

The law was a recommendation of the Treasury’s Black Economy Taskforce, which estimates that about $50 billion is lost to the illicit economy each year.

Business lobbies including CPA Australia and the Australian Chamber of Commerce and Industry (ACCI) the law may actually result in more sophisticated cash economy activity.

The laws do not cover digital currencies such as Bitcoin, suggesting this will become a method by which criminals can legitimise their funds.

The Law Council of Australia is concerned the cash ban could unfairly target workers.

The law puts criminal liability on anyone who gives or receives a cash payment that equals or exceeds the cash payment limit of $10,000.

“In retail and wholesale businesses, they would be the people who are dealing with customers,” the council’s Andrew Ham.

“Many of those people are minimally paid, minimally trained and minimally engaged with their workplace. They might be casual or part-time and they might be 16 years old.

“Under this bill, all that has to happen is that someone … wants to give them [the retailer] $10,000 to pay for something … and that person [the retail worker] is potentially heading to jail. That disturbs me greatly.”