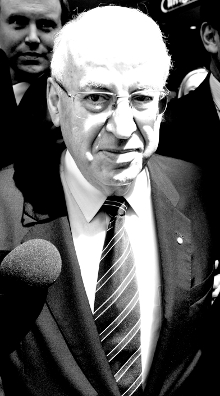 To mining companies are looking for half a billion dollars in compensation, after the New South Wales government tore up their licences.

NSW Premier Barry O'Farrell has moved to install legislation cancelling licences at Doyles Creek, Mt Penny and Glendon Brook, after corruption inquiries found they may have been gained by nefarious means.

The Independent Commission Against Corruption says the licences are “tainted by corruption” from being tied up in former Labor MP Eddie Obeid’s web of dodgy practice.

The managing director of Cascade Coal (which held one of the licences) John McGuigan says the decision to ditch the approvals is “grossly unjust”.

“We've got the government riding roughshod over legal rights for the sake of political expedience,” he said in interviews this week.

“We will be doing everything we possibly can to protect the assets of the company and interests of our shareholders,” he said.

“[It's] simply a confiscation of assets that one could contemplate in Mugabe's Zimbabwe or elsewhere.

“It's unbelievable to think that this is the conduct that's recommended and proposed in the state of New South Wales.”

The companies formerly in possession of the other licences, NuCoal, says it; “will now be looking at all legal avenues to pursue both compensation and damages in the order of $500 million.”

The disapproval of the licences is just the beginning, according to local farmer a spokesperson for the Bylong Valley Protection Alliance, Craig Shaw.

“The department had originally wanted to put out an area that was a bit bigger than Mount Penny about twice the size spreading further to the west,” he said.

“But it was cut down to make the current Mount Penny area.

“So everything else being equal, I would not be at all surprised if the department eventually goes back to plan A and puts out the larger area.”

Sentiments echoed by fellow landowner Allen Barry, who says little has been gained considering the cost.

“I can't see any great personal victory for myself,” he said.

“What it has done is robbed me of months and months of time, it's destroyed the health of quite a few people involved.

“The only thing that saddens me is that governments didn't jump on this earlier.”