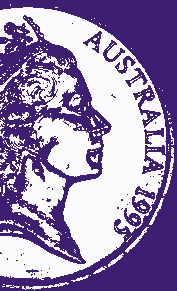 A Roy Morgan Research study on the six months to January 2015 gave SMSFs a satisfaction rating of 77.3 per cent.

That is compared to satisfaction with industry funds on 59 per cent, and retail funds on 56.3 per cent.

But the study found SMSFs have had lower improvement over the last 12 months, despite maintaining a strong lead over major super funds.

SMSFs scored the highest satisfaction rate for balances over $5,000, but only a narrow lead in the $700,000 and over market.

For the larger amounts, SMSFs have a satisfaction level of 82.8 per cent, followed by industry funds at 79.6 per cent, and retail funds at 76.5 per cent.

“The most successful major brands in the $100,000 plus market, where over 80 per cent of balances are held, are industry funds with most of the large retail funds generally lagging well behind,” Roy Morgan industry communications director, Norman Morris, said.

“The challenge now for the big retail funds is how to raise the satisfaction level of the higher value customers to avoid a potential loss of funds.”