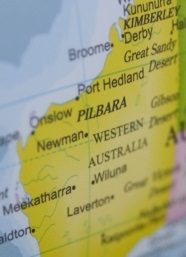 An army of small businesses running free from red tape could be the way for Western Australia to deal with a reduction in mining jobs.

WA's Chamber of Commerce and Industry has released its vision for the next twenty years in WA in its State of the Future report.

The papers contain a blueprint for moving beyond the mining boom, as economic growth slows from 4.9 per cent per annum to 4.

The CCI says that while the WA economy has grown 62 per cent in the past decade of the mining investment boom, the focus must now shift away from resources and towards small business.

Meanwhile, a report by Curtin University on WA's labour force says that it is indeed in transition, but mining actually ranks behind other sectors.

The study showed that the proportion employed in mining has decreased by two per cent in the last two years, now accounting for 7.5 per cent of the total workforce.

The share of the WA workforce employed in the mining sector (at 7.5 per cent) ranks sixth behind retail (10.7 per cent), construction (10.1 per cent), and health care and social assistance (10 per cent).

The Curtin report revealed the full-time WA workers are some of the nation's best paid.