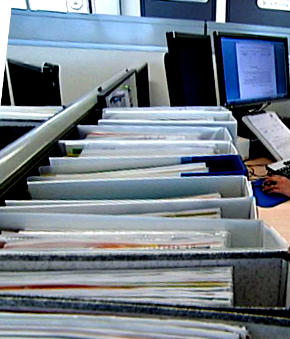 Public servants have launched a legal challenge over changes to redundancy conditions, which could see some ousted sooner than expected.

The Commonwealth Public Service Union has lodged a dispute with the Tax Office, saying it is seeking to reduce conditions around involuntary redundancy just before cutting hundreds of jobs.

But he says the Tax Office has tried to reduce that period to three-and-a-half months, and remove staff consultation requirements too.

It comes after Treasurer Joe Hockey announced 3000 people will be cut to fix the dire finance of the tax department.

The union is additionally calling on the Federal Government to confirm whether it will provide funds to pay for Tax Office redundancies caused by the 3000 job losses in coming months.

Union officials have called it a “brazen attack” on the legal entitlements of public workers.