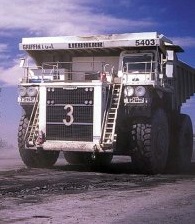 NSW politicians are pushing for compensation over a scrapped mine deal.

Mining firm NuCoal had its Doyles Creek licence revoked in 2014 after an Independent Commission Against Corruption probe found corruption in the process for granting the licence.

The allegations relate to the time before NuCoal acquired the Hunter Valley mine licence.

“It is up to the government as to what they do and I gather there has been some sympathy there and that there should have been compensation,” Rev Nile said.

“I am hoping to be able to put something up as a notice of motion on Wednesday this week.

“It would be for the Parliament to look at it as to how compensation can be worked out.

“My proposal would be an independent person appointed, probably a retired judge who could be given all the facts and examine it and see what compensation should be paid.”

Mark Latham said the shareholders had been treated appallingly.

“I'm determined to use the balance of power we have to say to the Berejiklian government to right this wrong and that you have got to correct the way the mum and dad investors were ripped off,” Mr Latham said.

“It was hasty and wrong legislation and these mum and dad investors deserve compensation for the things they have lost, it is a simple question of justice.”

“Obviously they are not involved in any corruption, it is all separate but sometimes things get a bit blurred,” he said.

“I always look to represent what I call minority groups and groups that are suffering, and that certainly is a group that has been overlooked.”

The crossbenchers have signed a document acknowledging that 3,400 NuCoal Resources shareholders were “unfairly and unreasonably dispossessed of their investments” by NSW legislation enacted.

NuCoal's American shareholders are themselves looking for compensation under the Australia-United States Free Trade Agreement.