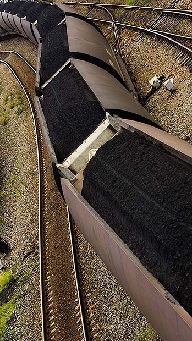 A top executive from mining giant Glencore has slammed the Newcastle City Council for not supporting coal mines.

The Newcastle Council recently decided to move its investments away from fossil fuel businesses, moving toward environmentally and socially responsible investments instead.

At an address for Newcastle business leaders this week, Glencore’s head of global coal assets Peter Freyberg said it was a “bizarre” move.

He said the city owed it existence to the coal industry, and that the council was going against global energy demand.

“If the Council thinks that it can address climate change by trying to influence banks away from investing in coal, we think they don't understand the climate and energy realities that we are dealing with globally,” Freyberg said.

“The fact is that we can get more emissions reductions by working with coal than hoping it will simply just go away.”

He said coal has a strong future.

“We have seen some tonnes come out of Indonesia this year, quire significant tonnes, in response to reduced Chinese imports.

“So there is a natural rebalancing that is occurring. It takes time,” Freyberg said.