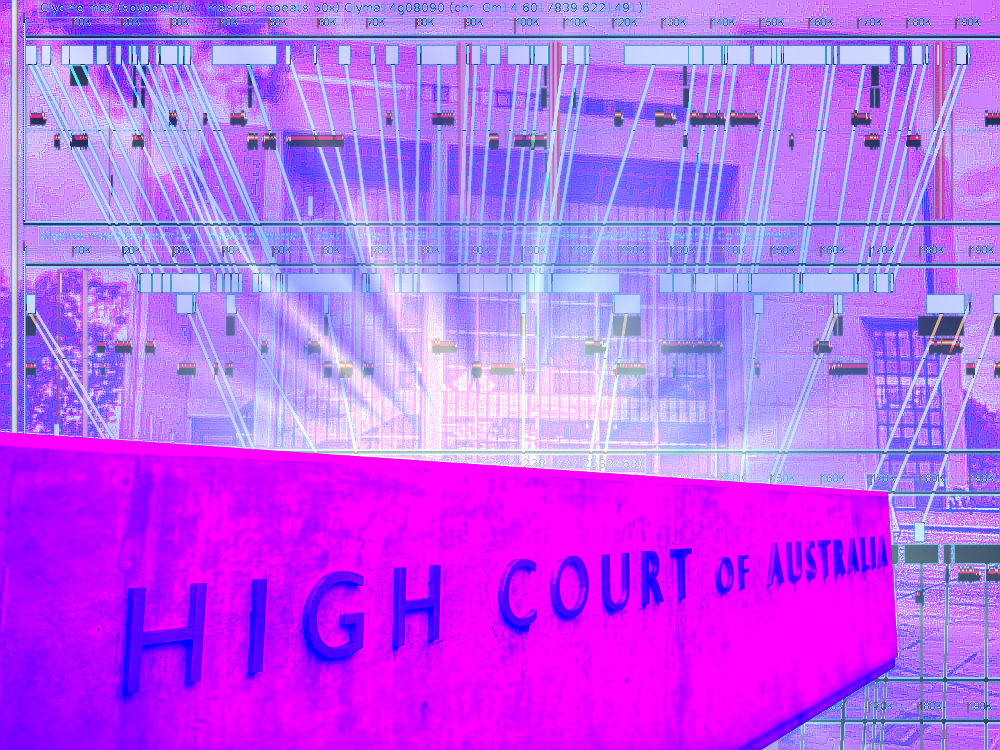 A two-time cancer-surviving grandmother has won a groundbreaking legal battle to protect her genetic rights.

Sixty-nine-year-old Queensland woman Yvonne D’Arcy has emerged victorious after a High Court battle against a US biotech firm that wanted to patent the BRCA-1 cancer gene.

If a woman is found to have mutations in the BRCA-1 and BRCA-2 genes, it indicates a greatly increased risk of breast and ovarian cancer.

US firm Myriad Genetics had tried to patent the BRCA-1 and BRCA-2 genes so that it could monopolise testing and treatment, stifling research and putting lives at risk.

But lawyers for Ms D'Arcy took the patent to Federal Court, arguing that the genes and mutations existed in nature, and so they were discovered rather than invented.

Myriad succeeded in two separate Federal Court cases, but in a High Court appeal this week the judges overturned the previous decisions and ruled unanimously in Ms D'Arcy's favour.

The central question in the case was whether Myriad Genetics’ studies to identify the gene could be legally recognised as a process of invention.

Their legal claim was marred by concern that owning a gene patent would stifle research and development of treatments.

The court decided that the discovery of the genetic mutation was indeed a product of human action, but considering it an invention was too much of a stretch.

The ruling is similar to a US Supreme Court ruling that genes are discoveries, not inventions.

Maurice Blackburn principal Rebecca Gilsenan said the case was a major breakthrough for people with the BRCA mutations.

“The High Court has found that a company cannot lay claim to ownership to our genetic information,” she told reporters.

“[It] recognised that genetic information is not something that is 'made' or 'artificially created'. Myriad did not 'create, make or alter' the genetic code. This is what we have argued since the outset.

“Justice Gordon stated that the specific mutations and polymorphisms are indicative of a predisposition to breast cancer and ovarian cancer is a fact. That fact existed before Myriad worked it out.

“This judgment invalidates the patent on the BRCA1 gene. It provides certainty that testing and research on the BRCA1 gene cannot be monopolised in Australia and can be carried out widely and cost-effectively.”

Matthew Rimmer, Professor of Intellectual Property and Innovation Law and the Queensland University of Technology, has told Fairfax reporters that the victory is a boon for research and innovation.

“There was concern in the scientific community about the threat of patent litigation,” he said.

“The ruling will also be an important precedent for public health administration. It will mean that the provision of genetic testing will be for public good, rather than private profit.”

“The pharmaceutical and biotechnology industry will be upset about the decision,” he said.

“The biotechnology industry will perhaps consider an action under investor-state dispute settlement - like big tobacco did after losing the plain packaging case.”

Grant Shoebridge, a partner at Shelston IP who has a PhD in immunology, told reporters that the judgment could still leave room for patents on biological material that already exists in nature.

He said naturally occurring materials and other genes that could be isolated could still be patented.

The key would be to use isolated genetic material as a product rather than a test.

“I think there would be a strong argument that would probably still be eligible,” he said.

He said that the ruling may not actually be that relevant in the future, because the latest generation of patents do not target the same sort of material.

“Patents in the future or patents which are being drafted now, which relate to gene sequences, will predominantly have claims directed to how those sequences are used.

“This decision does not affect those claims.”

The Federal Government regulator IP Australia says it is considering the decision and its implications and will provide a response in due course.

In the meantime, IP Australia will not examine any patent applications on nucleic acid sequences.