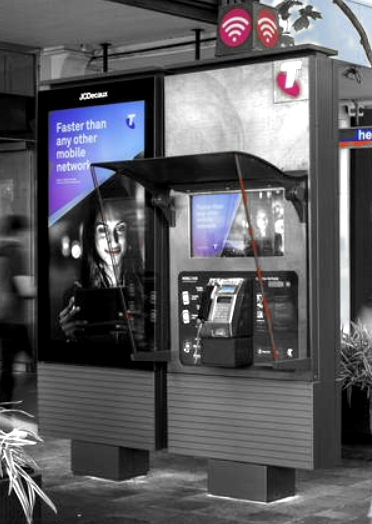 Telstra is headed to Federal Court after its ads on the back of payphones were dubbed a “cash grab”.

The telco is battling several local governments over the payphone booths, which feature 75-inch digital screens run by outdoor advertising giant JCDecaux on the back.

The City of Melbourne has taken the telco and the ad firm to a Victorian tribunal, while the City of Sydney is considering getting the competition watchdog involved, given Telstra has a monopoly over payphones.

Telstra group general counsel Carmel Mulhern said taking the matter to the Federal Court would provide a single judgement that applies across Australia.

“This will avoid the time and cost of court action in other states, and should mean a quicker, consistent outcome,” she said in a statement.