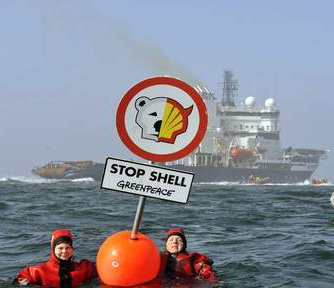 Royal Dutch Shell has stopped its controversial search for oil off the Alaskan coast, leading environmentalists to claim a huge victory.

Shell has issued a statement saying its Burger J well in the Chukchi Sea, off the north-west coast of Alaska, did not warrant further exploration.

The company says this was due to insufficient oil and gas being found as well as regulatory uncertainties.

Shell said it was “disappointing” to have to pull out of Alaska, as it will cost it about $AU5.8 billion.

It brings further pressure to the big player in a sector getting smashed by sliding oil prices.

But Shell is not short of cash, and has recently announced plans to pour $US104 billion into a takeover of massive British rival BG Group.

It intends to save cash by slashing 6,500 jobs.

Shell’s other drilling plans in Alaska were beset after a series of embarrassing problems with two rigs in 2013.

One, the Kulluk, broke free from towing vessels and washed ashore in southern Alaska in January 2013.

Another, the Noble Discoverer, was cited by the US Coast Guard for numerous safety and operational deficiencies.

Shell was given the rights to the now-abandoned wells after US president Barack Obama approved the exploration.

At the time, he said Alaska remained an area of major importance for US energy supply.

Greenpeace has been pushing for a ban ever since.

“Now President Obama should use his remaining months in office to say that no other oil company will be licensed to drill in the American Arctic.

“They had a budget of billions, we had a movement of millions.

“The 'unpredictable regulatory environment' that forced Shell out of the Arctic is otherwise known as massive pressure from more than seven million people.

“For three years we faced them down, and the people won.”