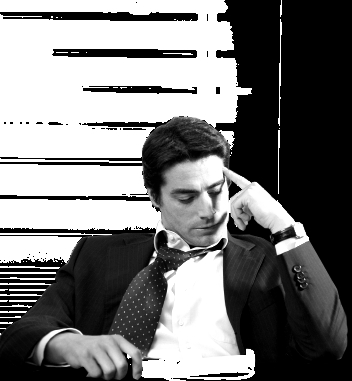 While it might make for awkward lunchroom conversation, experts say the workplace is a logical place to open up about suicide.

With World Suicide Prevention Day taking place this Thursday (10 September), Dr Allison Milner says now is the time to change the stigma around discussion of suicide and mental health.

“The vast majority of suicides occur in the working age population and many of those who die by suicide are employed at the time of their death. This presents a clear motivation for workplace suicide prevention activities, especially in high risk industries and occupations such as farmers, construction workers and the armed forces,” Dr Milner said.

There are a number of things employers can put in place to ensure their organisations are safe places for people to discuss, and seek help for, mental health issues.

“They need to start with taking a top down approach to creating an environment where staff feel comfortable to talk to each other about problems and ask for help. It’s also important that staff know where to direct colleagues who need help,” Dr Milner said.

“On a broader level it is essential for workplaces to be places where people want to be.

“We spend a good deal of our time at work and for many it is where we develop our sense of self, accomplishment and meaning in life. So it is important for employers to address the things in their workplaces that can make work stressful.

“This can include providing staff with levels of control and decision making over their work, reducing monotonous tasks and psychological demands and addressing job security. It’s also important to capitalise on the social networks within workplaces. Friends at work are people we see every day. In many situations, colleagues can recognise when a person is going through a rough time and provide guidance in connecting them to help.”

Dr Milner’s research has revealed other key elements in successful workplace suicide prevention programs. These include:

Mates in Construction is one program that provides lessons for other organisations in how to run a successful workplace suicide prevention program.

The program was established in Queensland in 2008 by the Building Employees Redundancy Trust to turnaround the high suicide rates in the construction industry – it is estimated that construction workers are more than twice as likely to suicide than other people in Australia and are six times more likely to die by suicide than through a workplace accident.

An evaluation of the program over a five-year period indicated that it had a significant impact on reducing suicide rates among construction workers.

“A key factor in the success of the program was it had complete industry support, from the union, to the employers and employees,” Dr Milner explained.

“It was also contextually developed and addressed the specific needs of construction workers. And it was not a one off program. It is a long-term commitment that involves follow up with employees and systematic reframing as the industry evolves.”

The Mates in Construction program also worked on changing the stigma around suicide.

“Despite suicide touching the lives of an incredible amount of people, whether it be someone close to them who has taken their lives or they have had suicidal thoughts themselves, talking about suicide remains a taboo area to discuss,” Dr Milner said.

“Workplaces can be valuable sites for breaking down the stigma of suicide, for the current and future generations of workers.”

Other resources for workplace suicide prevention:

If you need support or know someone else who does, contact: