Billions on the table to shed assets 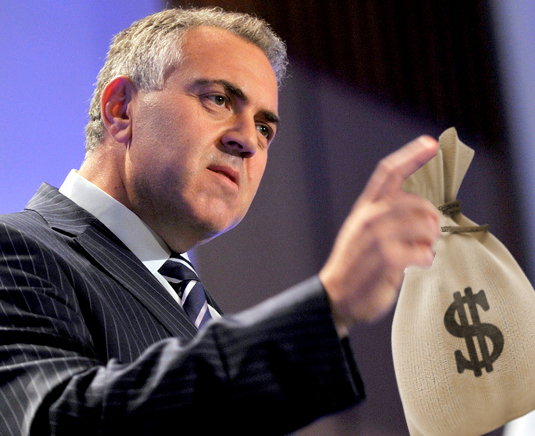 State governments will be eligible for massive incentives to sell-off their assets, under a new scheme announced by Federal Treasurer Joe Hockey.

Privatising state assets to fast-track infrastructure spending will be rewarded to the tune of billions.

The plan came out of a meeting this week between Mr Hockey and his state-level counterparts. It will be most beneficial to Queensland and New South Wales, which still own billions in unsold energy utilities, railroads and other assets.

The deal is designed to prop up the economy with construction projects, to provide work while mining jobs are dropping as investment slows.

The bean-counters at the meeting were presented a “sobering” fiscal outlook to consider, which reports say warned of falling terms of trade and the need to drive productivity growth.

Under the privatising pay-out deal, the corporate tax paid on utilities by their new private owners will be funnelled through the federal coffers and back to the states that sold them.

Arguments have previously been raised that the corporate tax is itself an unjust skim taken by the federal government. This system would see it returned to the states, which usually miss out on such benefits.

The payback plan is contingent on states also pledging to use the money for infrastructure projects, which have to be cleared as a valid productivity-booster before they can be injected with the extra funds.

They will have to be agreed upon by state and federal governments, as well as industry body Infrastructure Australia.

A recent report by Infrastructure Australia found that across the country there is $139 billion worth of state-owned assets which could be up for privatisation, including ports, airports, freight, electricity and water assets.

“This policy fixes an unintentional moral hazard from the 1990s ­competition reforms, where states are incentivised to keep holding assets, even where public ownership is ­harming the economy, households and holding up infrastructure projects,” said Infrastructure Partnerships Australia chief executive Brendan Lyon.

New South Wales treasurer Mark Baird said the meeting on Wednesday was the “most productive treasurers’ [meeting] I have attended”.

“The Commonwealth is no longer saying; ‘Get on and build infrastructure’. They are actually coming alongside to look for every opportunity to bring infrastructure forward,” he said.