CEFC points to high cost of collapse, no returns 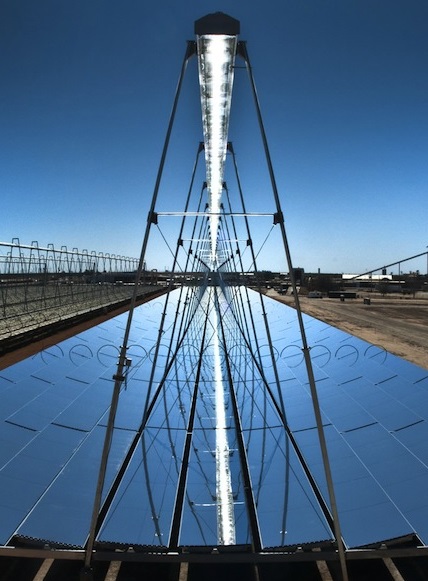 The Clean Energy Finance Corporation (CEFC) has defended its own existence, as the Federal Government continues its plan to shut-down the renewable-energy investor.

Some say the Coalition plan to collapse the CEFC - formed to bring nearly-developed technologies to a market level - will cost millions of dollars to the budget, lose millions in revenue and step away from progress toward clean, sustainable power supplies and industries.

The Corporation has so far invested $500 million of the $10 billion it was created to give out. As well as bring forward the development of several key technologies, it says it is on the path to take in annual profits of $200 million.

The Federal Government intends to close the CEFC, but it may be made difficult if the Greens and Labor parties uphold their pledge the block the attempt.

CEFC chair Jillian Broadbent has told a Senate hearing that if the fund was allowed to fulfil its charter, the benefits would be profound.

“This would contribute more than 50 per cent of the emissions abatement that's required for the bipartisan 2020 target,” she said.

“And it would be done so with a $200 million per annum return to the taxpayer after having covered the operating costs,” Ms Broadbent said.

The Former Reserve Bank board member also hit back at the Treasury’s claim that publically funding innovations leaves nothing for private groups.

“I certainly don't think there's been any crowding-out in any of our investments that we have made,” she said.

“In fact, there's been a crowding-in, where we've had three international institutions who've participated in the market for the first time, encouraged by the fact that there was a government-owned entity there at the table and being a co-financier.”

A grant-based direct action policy would have a net cost and no returns to the taxpayer, Broadbent says.

“We're investing and trying to develop the market's appetite for participating in this field,” she said.

“Grants have a very different role, and when you're investing, you're going to get the funds repaid and you're earning a return on your money.

“Making a grant is just a straight expense.

“There's a role for grants in emerging industries, but I really think the investment model of the Clean Energy Finance Corporation is a more fiscally responsible path to encourage the industry to be self-sufficient and wean itself off this government handout.”

Ms Broadbent insists that through the investment model, taxpayers will see a return on their money.

“I'm strongly of the view that the Clean Energy Finance Corporation is a fiscally responsible and effective way for catalysing private sector investment into emissions reduction,” she said.

“We're actually not a cost at all, but an earning, so every emission that we're achieving has a return to the government of $2.40, if it's consistent with our current portfolio ... it's very hard to compare a positive return with a cost.”