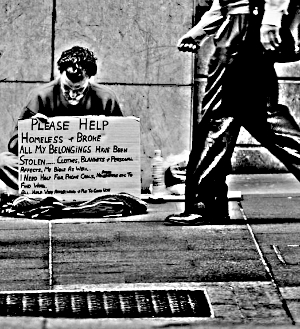 Several issues have combined to reduce the level of corporate social responsibility in Australia, a study says.

A far-reaching poll has reviewed opinions across business, industry, community and government sectors, and shown that a lack of leadership is keeping many groups from engaging with the societies in which they operate.

It also said that the current government’s harsh stance in regard to the environment and issues of social care have reduced the involvement from other sectors too.

Cut-throat capitalism is not known for creating many positive social outcomes, at least not intentionally, but authorities say that a progressive outlook can improve a company’s reputation and internal culture, both of which can boost the bottom line through increased clientele or productivity.

This year's annual review from the Australian Centre for Corporate Social Responsibility (ACCSR) in conjunction with Deakin University spoke to 990 respondents in Australia and New Zealand.

Reflecting on the progress in corporate social responsibility (CSR) awareness and implementation tools over the past decade, respondents showed frustration at the slow pace of implementation.

“Respondents to the survey are calling for more leadership from business, government and the academic sector. They hope that CSR will have more government support and believe that mainstreaming would be assisted by more mandatory CSR actions,” said Dr Black.

She believes that future progress in CSR will be tied to innovation in the supply chain, environment, reporting and collaboration with stakeholders.

Dr Black also believes that organisations will need to do more on a systemic, rather than just organisational basis.

“Only in this way can we address deep-rooted social, economic and environmental problems to create lasting value for both organisations and their stakeholders,” said Dr Black.

Deakin University Centre for Sustainable and Responsible Organisations Deputy Director, Dr Colin Higgins says innovative thinking and strong leadership are required, and the report is a wake-up call for education, business and government.

“In previous years The State of CSR Annual Review has identified securing organisational buy-in as the greatest obstacle for progress in this area and this year‘s question about the development of CSR points to the same challenge,” said Dr Higgins.

Despite a general lack of integrated CSR practice, the survey did highlight examples of good CSR leadership within Australian organisations and produced a CSR Top 10 list.