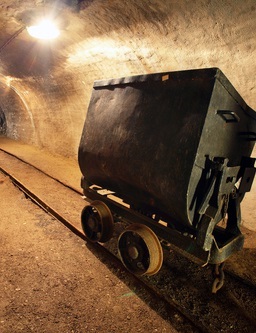 The mining tax is gone and the superannuation guarantee has been frozen, in a move seen as oddly contradictory by economic experts.

Workers in the financial services may still be attempting to wrap their heads around the seemingly incongruous aims of repealing the mineral resources rent tax (MRRT or ‘mining tax’) while freezing super contributions.

The tax was taken from profits created by the mining industry during the resources boom, and intended to fund future increases in superannuation contributions.

The mining tax was meant to catch the shortfall the government would have seen from companies putting more money in to super, which is taxed lower than when it is paid to workers.

But the Federal Government said the mining tax held back a sector central to Australia’s future, by restricting its ability to attract new investment and to create jobs.

This is the first of its dubious reasoning, as the mining industry is pursuing productivity above all else. Productivity is usually achieved by getting more work out of fewer employees rather than creating new jobs.

Still, it has repealed the tax and frozen the superannuation increases it was meant to fund, a move that finance experts say could produce the opposite of the intended effect.

Presented in another way, it means freezing contributions will mean there is $128 billion less available to super funds to invest.

The $1.3 trillion held across the super funds is currently often poured into the mining industry, helping underpin the sector’s growth and create jobs.

If super funds have 40 per cent of their members’ money in Australian shares (an average proportion for many), it would mean that local companies are deprived of a total $51 billion of that $128 billion being kept out of the superannuation pool.

Going further, if those funds had a normal index weighting to the resources sector, the freeze on superannuation would deprive mining of $17 billion in local investment.

The potential loss of $17 billion in new investment makes the savings from not paying the mining tax pale in significance.

Some economists have struggled to find which industry will actually benefit from the move.

The Federal Government claims that Australian workers will be better off day-to-day with a slightly increased pay packet, and indeed much of the general public would elect to have more money now that to voluntarily compensate for a reduced superannuation input.

But the search for logic and forward-thinking in this and other recent decisions reveals only a trend.

Between the reduction in a corporate profit tax, changes to health, welfare and the Future of Financial Advice (FoFA) amendments – a trend for the Liberal Government to put the interests of corporations ahead of individuals has become clearer.