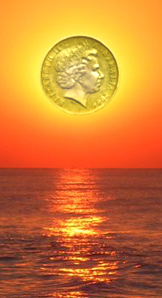 The Australian Renewable Energy Agency(ARENA) has shortlisted 22 renewable energy projects for $100 million in funding, signalling that solar project costs would fall below $AU100/MWh by 2020.

ARENA says the 22 projects - which feature both solar, wind and other energy technologies for a total 767MW in capacity - have been invited to the next stage of its $100 million large-scale solar photovoltaic (PV) competitive round.

The projects may also qualify for debt finance from the Clean Energy Finance Corporation (CEFC), even though the legislation to close down the CEFC and ARENA is still on the table.

The projects on the funding shortlist have been put forward by local companies including Origin Energy, Infigen Energy, Genex, APA, Windlab and Ganawarra Solar.

ARENA says a fair portion of the project bids claim to come with costs well below the benchmark of $AU135/MWh.

It has used the sign of dropping costs to suggest that Australia could actually pay less than $AU100/MWh (US$71/MWh) by 2020.

One particularly interesting aspect of the new set of tenders are proposals to combine solar PV with other technologies.

Goldwind wants to add a solar farm to its proposed White Rock wind project, Infigen wants to do the same next to the Capital wind farm, while Windlab is looking to create a combined wind and solar farm at the Kennedy hybrid complex.

Genex has proposed combining solar PV and pumped hydro, and Ratch is looking at solar PV running alongside other technologies at Collinsville - a coal fired power station that has been closed down.

“Each project was able to demonstrate its cost of energy was below the threshold of $135 per MWh, with some projecting costs significantly below this threshold level.

“It is clear that large-scale solar has the potential to become one of the most competitive forms of energy in the world.

“It is also clear that, despite our significant solar advantages, Australia has some work to do to catch up to countries with more mature large-scale solar industries – our grid-connected large-scale solar capacity will shortly reach 240 MW and is generated by a only a handful of solar plants,” he said.

ARENA says it will publish analyses of the EOIs in coming weeks to provide insight into cost and generation requirements.

Some see this as a contradictory claim, as the Turnbull government still has active legislation that seeks to cut funding and close the CEFC and ARENA. 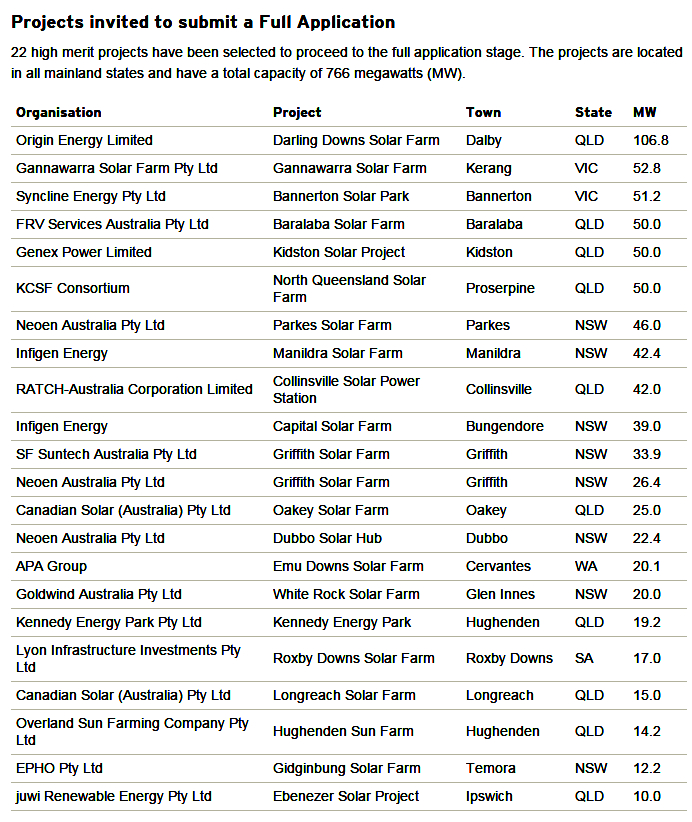