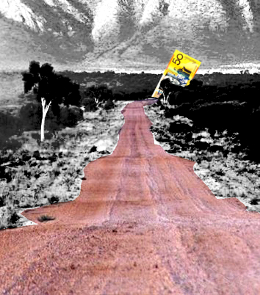 A big Australian super fund is investing in US projects due to a lack of opportunities at home.

IFM Investors has announced it has paid $7.5 billion for the rights to operate, maintain and collect the revenue from a toll road in the US state of Indiana.

IFM chairman Garry Weaven says the money would have gone towards Australian infrastructure, if there was anything to invest in.

“IFM has been for a long time investing in infrastructure in Australia and, in the last several years, has been putting a lot more effort in offshore,” Weaven told the ABC.

“Simply really because of the lack of available deal flow in Australia and the quite substantial demand from our Australian clients for infrastructure investment,” he said.

The claim goes against those of the current Federal Government, whose rhetoric revolves around ideas of nation building and attracting investment.

Mr Weaven says such rhetoric takes a long time to be converted into actual construction.

“There's a lot of stuff on the drawing board and has been for a long time ... but it does seem to take us a long time to get the political consensus and the drive and leadership to get projects off the ground in Australia,” he said.

But Mr Weaven’s stance is similar to other fund managers that have been criticised for picking only the low-hanging fruit of established infrastructure, not striking boldly into new areas.

“We've never asked for any gimmicky bonds or special tax breaks for that asset class, it's really a matter of putting the deals together,” he argued.

“All financial investors will probably see it easier to look at existing assets, but that's no reason why our interests should be confined to that.

“It is very much about how the Government, with their advisers, can package a deal so that the risks and returns are appropriate,” he said.

In an article for financial analysis website Cuffelinks, Mr Weaven mused on the Howard government’s decision to abolish earnings tax on super in the pension phase while using a tax concession to raise the amount that could be contributed.

Weaven , a former union official, called it a “parting gift to the rich” and “one of the worst pieces of public policy in living memory”.

He says the tax concessions are now “skewed the wrong way”.

“People are deferring expenditure for a very long time in order to build a great national savings and investment pool and in order to get a decent retirement income and not be dependent on the whim of future governments about what they may or may not be able to afford on the aged pension,” Weaven observed.

“So it needs to be concessional, but the concessions need to be reasonable, they need to be targeted at those who most need them, and that's not the case at the moment, and so some moderate and modest reform is needed in that area in order for the credibility of the system.”

He suggested rolling back the more generous tax breaks for high income earners, and dealing out large super balances as an income.

He said letting it out over time would stop wealthy people from burning up their super savings on asset purchases and falling back on the financial concessions they bring.