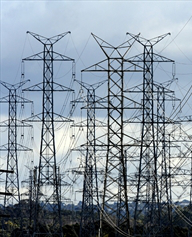 The Institute of Public Affairs (IPA) has accused the Morrison Government of breaching Liberal values by threatening energy companies.

IPA executive director John Roskam has described the PM’s threats of “heavy-handed intervention” as a “positively un-Liberal” approach to big businesses that are “simply responding to the policy settings the government itself has created” to make a profit.

The right-leaning think-tank has restated its opposition to any form of subsidy for electricity generation including renewables, the underwriting of new power generation and indemnifying coal power against carbon pricing.

“The idea that the government would determine the shape and size of the industry in this way cuts across every principle of the Liberal party,” Mr Roskam told reporters for the Guardian.

“If you want a guarantee that nobody will ever invest in Australia again, this is how you do it.”

Mr Roskam called on the government to “stop all subsidies to coal, wind and anything else” because “picking winners should be an anathema to the Liberal party”.

The IPA wants more coal power, but Mr Roskam said the government should “reduce the regulatory barriers to them being funded”, not try to overcome those barriers with subsidies.

He said he had “some sympathy” for the government “[compensating] coal for the disadvantage they have been put under” by the rise of renewables, but warned against indemnifying coal as a “further distortion” in the market.

Mr Morrison’s most recent energy policy comments have been about “making sure we’ve got reliable power”.

“Renewables are standing on their own two feet. I think that’s fantastic,” he said last week.