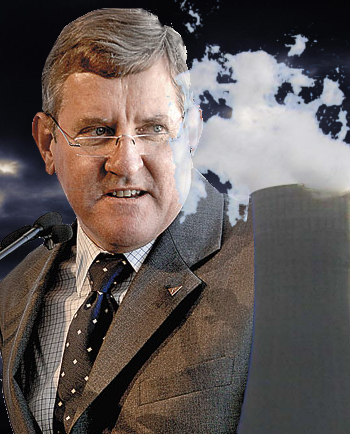 The Federal Government has acknowledged that Co-operative Research Centres earn more than they cost, but will cut funding to them anyway.

A 2012 review found the CRC program delivered $8.5 billion in direct economic benefits since its establishment in 1990.

So the report recommended that the ‘public good’ funding mechanism should be removed.

It appears that public good is no longer a good enough reason to set up co-operative research centres.

In fact the government accepted all of the review’s 18 recommendations.

These include: aligning the centres to promote the Government’s own five industry growth centres; further reviewing the performance of more than 20 centres; and establishing “boutique” CRCs to chase shorter research goals.

Industry Minister Ian Mac­farlane said a new version of the CRC will be set up, which is split into two streams.

These will be “the ­traditional CRCs that we know and love”, he said, and “CRC projects” ­supporting short-term industry-led research.

“They’ll basically run for two or three years to do a ­specific task.”

“There is going to be a massive transition in Australian industry over this decade, and CRCs have a role to play in that. Collaboration and commercialisation are our absolute focus.”

The Miles review said CRCs should be funded for 10 years at most.

After that, they must “stand on their own two feet”, Mr Macfarlane said.

The CRC Association says a 10-year limit would remove the chance of making innovations that require extended effort, like the cochlear implant

The CRC Association’s CEO Tony Peacock has backed the idea of a “single line of entry” to the program, but says that at least having a ‘national benefit test’ would help.

Some analysts say the new guidelines would preclude the establishment of important centres like the Antarctic Climate and Ecosystems CRC, as well as collaborations in areas of health “that pharmaceutical companies aren’t interested in”.

These include mental and Aboriginal health.