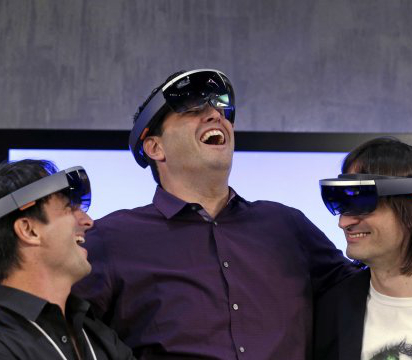 The tech giant has become just the third company to ever reach the trillion-dollar milestone, after Apple and Amazon last year.

It stayed at over a trillion dollars for just half an hour.

The company’s revenue jumped 14 per cent to $US30.6 billion.

Azure led the revenue growth with a 73 per cent rise.

LinkedIn — which was purchased by Microsoft for $US26 billion three years ago — saw a revenue jump of 27 per cent during the quarter, meaning its growth is much faster than Microsoft’s as a whole.

Overall Microsoft appears to be benefiting from adapting its business model, with a growing proportion of its software sales now coming from recurring subscriptions rather than one-time purchases.

“We are accelerating our innovation across the cloud and edge so our customers can build the digital capability increasingly required to compete and grow,” said Microsoft's chief executive Satya Nadella.