RBA mulls stepping in, taking talk war to next level 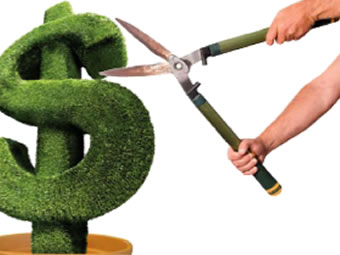 The Reserve Bank’s verbal assault on the Australian dollar continues, with RBA governor Glenn Stevens last night indicating the bank might be forced to intercede to drive the dollar down.

It what has been seen by some as an attempt to “talk down” the dollar, the RBA’s governor’s address to the Australian Business Economists’ annual dinner highlighted the notion of large-scale currency intervention as part of the RBA’s “tool kit” to help the economy.

The RBA has rejected the notion before, by Mr Stevens says “that doesn’t mean we will always eschew innovation”.

“Our position has long been, and remains, that foreign exchange intervention can, judiciously used in the right circumstances, be effective and useful.”

The Reserve Bank has been waging war against the high Australian dollar, which dipped slightly after Mr Stevens’ comments last night, concerned that its current level is putting too much strain on manufacturing and tourism industries primarily.

The RBA wants to get the dollar down to re-enliven investment in the country, as the mining boom’s echoes diminish.

“Many people would see this as prima facie evidence of the exchange rate being significantly misaligned,” he said.

His claims are backed by the analysis of a recent International Monetary Fund report which found the Australian dollar may be mis-valued by up to ten per cent – that would make its actual worth closer to $US86 cents.

Some speculators say the intervention has been foreshadowed by the moves of Treasurer Joe Hockey in recently providing the RBA with an unprecedented $8.8 billion injection to help it guard itself against future moves eating into its normal margins.

Reports today say the figure was nominated by the central bank itself.

At the very least, people should be open to the idea of manually tweaking the dollar’s value, Mr Stevens said.

“The idea should be considered in a cost-benefit setting, “he said.