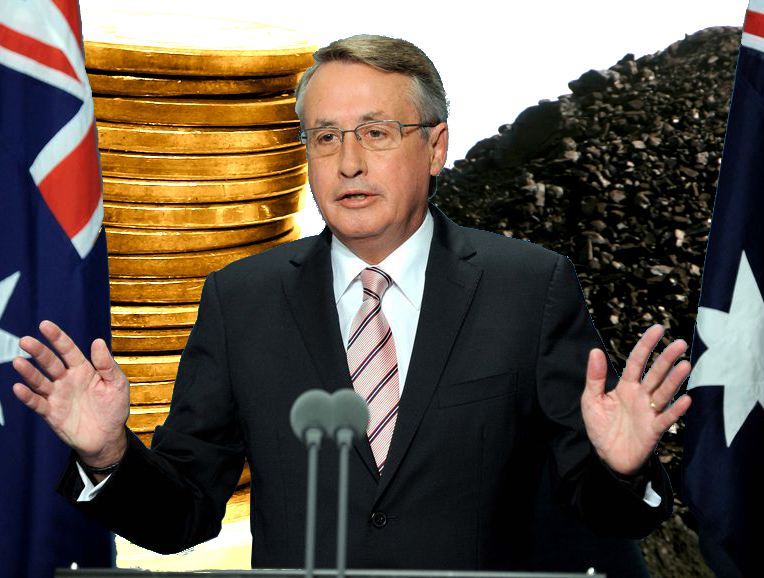 Mr Swan will allege in his book, to be released next week, that vested interest and “oligarchs” ran a campaign to bury the Government from soon after it was elected in 2007.

Swan says the big wigs of the business sector were angry at the repeal of Work Choices, and combined with News Corp Australia to bring down the party.

In Swan’s new book, dubiously titled The Good Fight, he says the moneyed interests took on a “sustained campaign” against Labor from 2007 to 2013, outside the realms of regular politics.

“A set of bloody-minded vested interests more akin to what you find in countries such as Russia or in the right wing of the US Republican Party,” is how Swan describes his shady opponents.

“It had its origins in the unwillingness of parts of the business community to recognise the democratic mandate the people had given us to repeal Work Choices.

“This unwillingness to surrender Work Choices left toxins in the veins of many corporates that would never be cleansed, “ he writes, according to extracts obtained by Fairfax Media.

“Most especially in the mining sector, which was emboldened by its anger to take a stance against carbon pricing and the minerals resources rent tax.”

Swan warns that the growing group of “oligarchs” are seeking to run the country by building up disproportionate influence.

He singles out Gina Rinehart and the Business Council of Australia under Tony Shepherd as some of the more voracious participants in the take-over of Australia.

Swan points to the BCA’s “capitulation” to the mining sector in giving up a proposed corporate tax cut funded by the mining tax, as evidence of their joint aims.

He also said he was “really riled” by the view of some mining companies that they should only have to pay normal company tax.

“Given that corporate tax applies to every company, by saying this the miners were effectively arguing we should hand them our resources for free.”

Swan stresses that his ire is aimed only at a few “hyper-partisan wealthy individuals”.