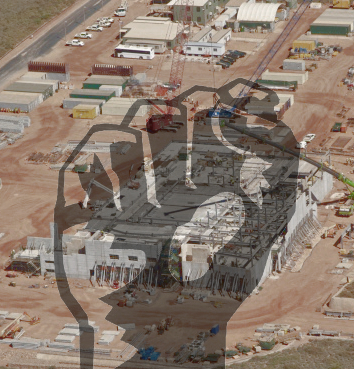 Future strikes could be averted at the Gorgon liquefied natural gas project on Barrow Island off WA, with reports that unions have reached an agreement with the employer.

The CFMEU, AMWU and ETU have endorsed a deal that provides a roster of 23 days on and 10 days off, as well as a 5 per cent pay rise.

Workers on the joint venture between Chicago Bridge and Iron and Kentz had been seeking to change their roster from 26 days on and nine days off.

The CFMEU says it is part of a greater push for more “family-friendly” rosters.

WA CFMEU secretary Mick Buchan says the 23/10 roster is “groundbreaking and industry-leading”, and means some of the best roster and wage conditions on a construction job in Australia are at the offshore site.

“This, in addition to the resolution of many other issues which have affected workers, is not just a massive victory for the workers on the Gorgon Project but also sets new standards in the resource industry,” he said.

Union members were looking at a 24-hour stoppage before the breakthrough was announced.

It would have hit the Chevron LNG project hard, as it is already a fair way behind schedule.