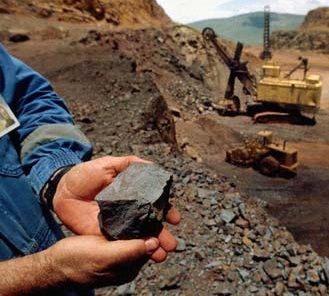 The head of Citic Pacific Mining claims the company's Sino Iron project in the Pilbara is not a financial disaster.

The project was plagued by delays, cost blowouts, and legal battles with Mr Palmer, leaving it costing more than $10 billion once it was complete.

Now that the mine is fully completed, Citic Pacific Mining CEO Chen Zeng has taken reporters on an inside tour.

In subsequent interviews, Zeng said it was a difficult project to develop, but that it would deliver.

“This project has experienced some very challenging and difficult periods of time but at the end of the day you can see the difference can be made, a result can be delivered, a dream can be realised,” he said.

“Project like this [are] very sensitive to the commodity price, the iron ore price, that's for sure.

“I think there's just a few things we need to bear in mind. Iron ore business is a very cyclical business, no-one predict the last boom and now everyone is very pessimistic about the future.

“[Sino Iron] will generate a premium over the normal DSO's (direct shipping ore), pollution is a very critical issue for Chinese economy and for China as a country but steel production is still maintained at a very high level.”

Zeng said the mine would be running at full capacity within 2 years.