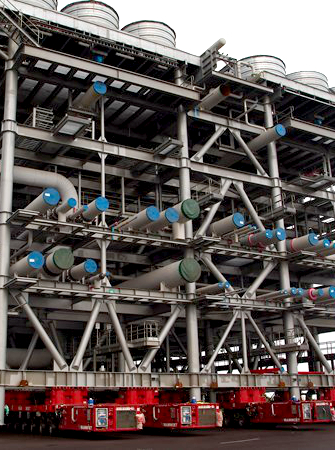 The WA Government has backed the role of natural gas in the state’s energy future.

Energy Minister Bill Johnston has launched WA’s first Whole of System Plan, including a 20-year forecast for the future of the South West Interconnected System (SWIS).

The plan predicts a major ongoing role for natural gas in powering WA.

“This enables renewable energy power generation to grow whilst also ensuring baseload power can be provided by gas generation when the sun doesn’t shine and the wind doesn’t blow,” she said.

The report says gas is currently the largest capacity provider, accounting for 52 per cent of large-scale generation.

It says the use of gas is vital to supporting growth in ‘intermittent’ power generation.

“WA is not only blessed by plenty of sun and wind, but also sizeable reserves of natural gas,” Ms Wilkinson said.

“It puts us in the box seat to lower our emissions but also ensures we have a strong and reliable electricity system.

“Quite simply, natural gas is an essential part of our everyday lives in WA, powering our homes, schools, hospitals and other industries like mining and manufacturing. Supporting the responsible development of future gas resources, including those onshore in Western Australia, will be important to supporting our jobs and economy of the future.”

WA Treasurer Ben Wyatt says that over the next four years, $27.1 billion will be invested in infrastructure projects to support the WA economy and workforce.

APPEA says that natural gas will be crucial to supporting the development of these industries too.